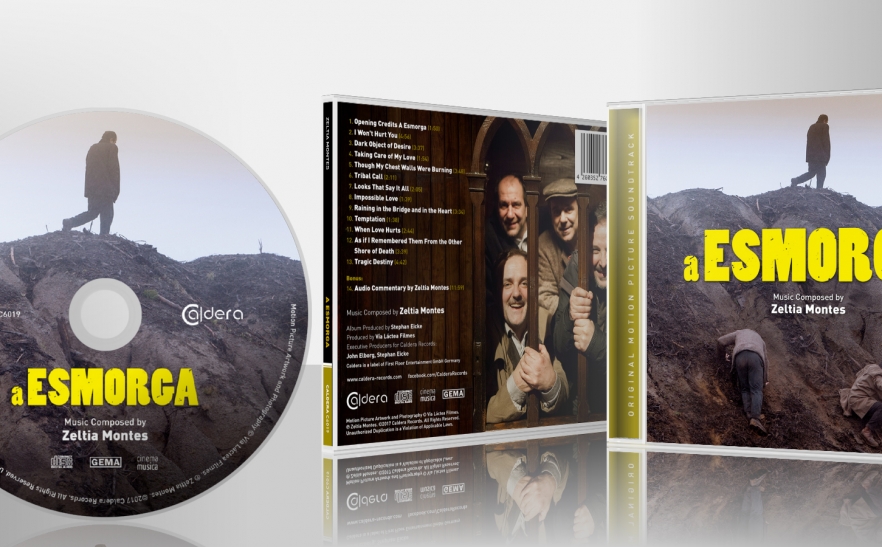 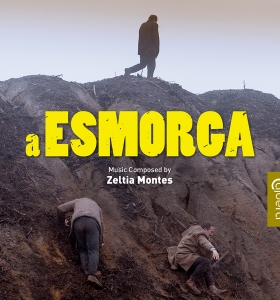 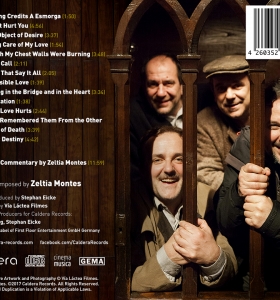 Caldera Records is proud to present the original score for the motion picture “A Esmorga” from 2014, directed by Ignacio Vilar. Eduardo Blanco Amor’s novel of the same title is one of the most well known books in Galician language, but although it was already written in 1959, it took 55 years until a film based on the book was made in the Galician language with Galician actors. The book and therefore the film tell the story of three struggling men and accompanies them for 24 hours while they roam through the city, visit the pubs and brothels, before they find their tragic end. The film was a major hit with audiences and critics and became the most successful Galician film to date. Now, three years later, Caldera Records pays tribute to its achingly beautiful score by Zeltia Montes. The Spanish composer, who recently made headlines with her score for the documentary “Frágil Equilibrio”, has been very influenced by the music of Arvo Pärt and it clearly shows in this score. The music was written for a piano only to convey a sense of intimacy to the music and therefore the film, performed by Zeltia Montes herself. She delivers three key themes which are not only memorable in themselves but also receive several variations throughout the melancholy, minimalist score which is Montes’ most personal of all her works. It was high time to make this stirringly emotional and tragic score available on CD. The 19th CD-release of Caldera Records features a detailed booklet-text by Gergely Hubai and elegant artwork by Luis Miguel Rojas. The CD was produced by Stephan Eicke and John Elborg.

Reviews:
“Zeltia Montes’s simple, effective minor-key piano score is employed with a discretion which is often in telling, melancholy contrast to the excesses of our three downward-spiraling heroes.”
Hollywood Reporter

“The music speaks of loss, of unreason, but also of hope, of longing for redemption. The music is in its austerity an explanation of the character’s views – and a quite sympathetic look at their characters.”
MundoBSO

“It’s a touching, almost sentimental score that will be warmly embraced by lovers of simple, stripped back scores.”
ReviewGraveyard

“This is an intense work for piano; intimate, precious. The mix of Satie and Sakamoto is slow, subjugating, and addictive. Each note presents a memory, a scratch, an unfathomable sadness, which hope hides behind. You will not be disappointed.”
NylonAndTurtle

“Esmorga’s poignant sound is deceptive when it comes to depicting debauchery awash in sex and violence, making the score an effective, thematic counterpoint that speaks volumes for these ne’er do wells. It’s a yearning score that’s about unspoken bromance, and the ultimately tragic lengths it goes to, all while bringing out a uniquely feminine side to these alpha males. Montes return to her classic pianist roots here for an approach that’s simplicity at its finest, with Caldera’s engaging CD also containing a lengthy interview where Montes reveals her own lifelong musical drive and the reason for her unusual approach to “Esmorga”.”
FilmMusicMag

“A piano – that is all and that is enough for Zeltia Montes who wrote the most minimal and stripped score (which reminds one of Arvo Pärt, Satie and Sakamoto). It is of unfathomable melancholy, almost nocturnal. One will succumb if exposed to it.”
Underscores

“The A ESMORGA score’s cheerless austerity gives it a striking presence through the deliberate, unhurried notes, performed by the composer herself, which conveys an acute sense of intimacy to the film. (…) The music lays a weighty, almost desultory hopelessness as the film winds down the final 24 hours of these men’s lives, accompanied by Montes’s sad epitaph – which becomes a woeful tone poem for despair.”
BuySoundtrax