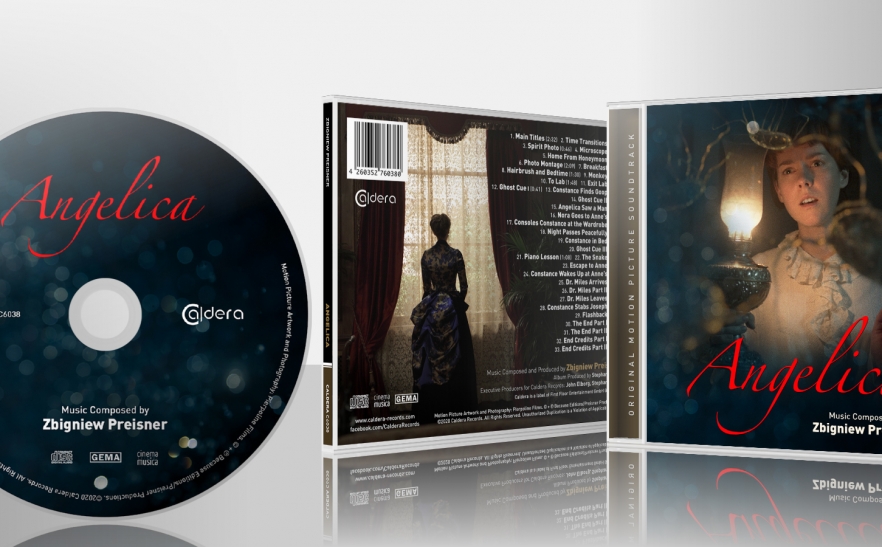 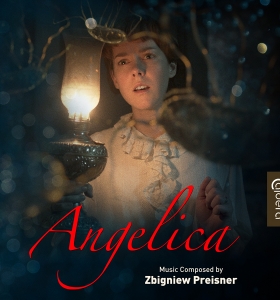 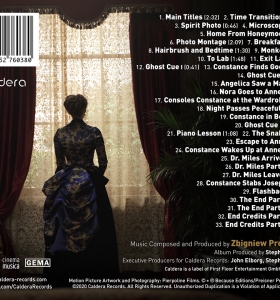 Caldera Records is proud to present Zbigniew Preisner’s score for the motion picture “Angelica” from 2015, directed by Mitchell Lichtenstein.
“Angelica” also tells a story of female empowerment. It is based on Arthur Phillips’ book of the same name, published in 2007, and adapted for the screen by Lichtenstein. Set in the Victorian age in England, Phillips and Lichtenstein describe the trials and tribulations of Constance (played by Jena Malone), a young woman who falls in love with a successful scientist. Their romance blossoms and leads to marriage. Eventually, a child is born, a girl they name Angelica. The birth is grueling, and Constance nearly loses her life. For her, everything changes in an instant: she is told in no uncertain terms by her doctor that she is to refrain from engaging in vaginal sex (and therefore become a “hortus conclusus”) – otherwise she will risk her health and quite possibly leave her daughter motherless. From this moment Constance goes into a downward-spiral.
Zbigniew Preisner’s music pays tribute to the elegant romanticism of the 19th century, while at the same time weaving more experimental elements into it. The composer decided against creating specific leitmotifs for the individual characters. Instead, his music follows the story as it progresses. Hence, Preisner developed variations on the themes as demanded by the story. For example, there is no theme for Constance per se. Preisner follows her journey with various motifs and themes, divided into what the composer calls the “courtly” and the “modern.”
The 38th CD-release of Caldera Records – a world premiere – features a detailed booklet-text by Stephan Eicke and elegant artwork by Luis Miguel Rojas. The CD was mastered by Leszek Kaminski and produced by Stephan Eicke and John Elborg.

Reviews:
“The composer wrote a dramatic and ambient soundtrack that creates a ghostly, mysterious atmosphere. He also imposes on it an entirely different tone which is that of desolate melancholy which is sometimes contained, sometimes outright painful. (…) Everything is balanced with a beautiful and simple main theme that is used beautifully throughout.”
MundoBSO

“There is a simple and delicate sound to this score, which is attractive, mysterious and beguiling. The compact disc is the 38th Caldera release, and it is a release that you should own.”
Jon Mansell, Movie Music International

“A haunting and mysterious score […], ANGELICA by composer great Zbigniew Preisner brings another worthy piece to the already growing catalogue of soundtracks.”
JMHDigital

“The music is richly rewarding as well as being fresh and original. It doesn’t tread where others have been. (…) I know, as with previous releases by Preisner’s, that I am going to be revisiting this for a long time to come. Another wonderful release from Caldera.”
Review Graveyard