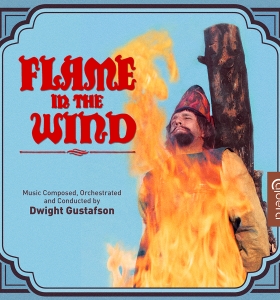 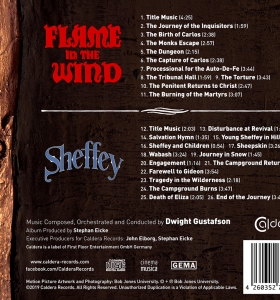 Reviews:
“This is an essential purchase for any lover of quality film music, an unusual but welcomed release, it is the 35th soundtrack CD to be issued by the Caldera label. Well worth adding to your collection.”
Jon Mansell, Movie Music International

“Yet again Caldera Records do what they do best – delivering a wonderful recording to the attention of a much wider audience, with the love and devotion that the scores rightly deserve. Once again the label spoils its loyal fan base.”
Review Graveyard

“This is both an unexpected and delightful release of two scores that are both highly engaging, each in their own way. The first score presents itself as a tone poem for brass and strings, evoking music by Miklos Rozsa, Ernest Gold and Michael J. Lewis for historical epics. The second score consists of romantic, melodic Americana.”
Underscores

“Both of these films contain first rate dramatic, Hollywood-worthy film scores, and you don’t have to be against or for BJU or its politics to discover the symphonic mastery of these compositions. FLAME IN THE WIND is provided with a captivating thematic orientation suitable to its story and focus, with a main theme reflecting Carlos’ search for spiritual truth, contrasted against a darker motif that delineates the terrors of the Inquisition itself.”
BuySoundtrax