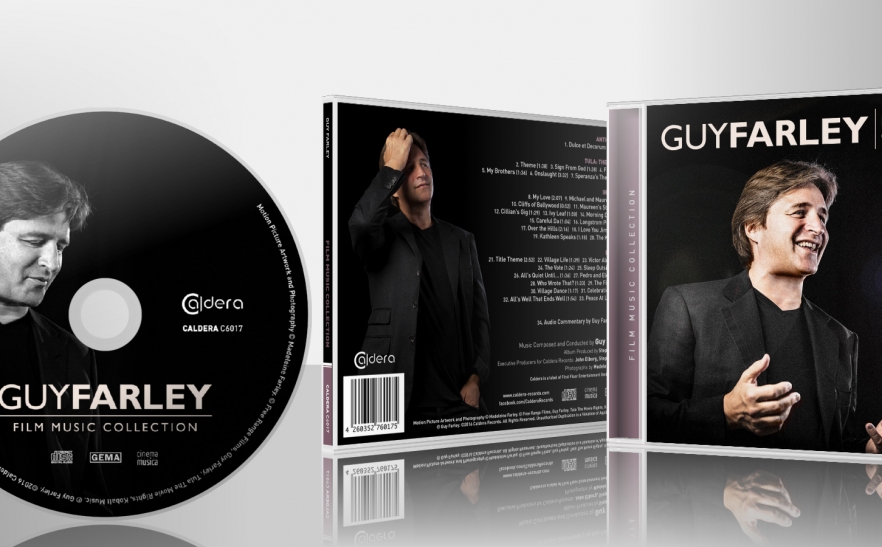 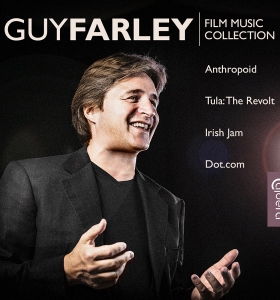 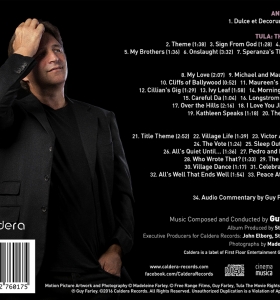 Caldera Records is proud to present the “Guy Farley Film Music Collection”, representing a selection of four soundtracks composed by Guy Farley.
Included are “Anthropoid” (2016), “Tula: The Revolt” (2013), “Irish Jam” (2006) and “Dot.com” (2007). No compilation can highlight the versatility of the British composer as well as this one: For “Anthropoid”, Farley wrote a moving choral piece, while “Tula: The Revolt” shows his sure symphonic hand for romantic melodies and aggressive action. “Irish Jam” is a colourful score featuring influences from Irish folklore and “Dot.com” is a lively composition for small orchestra and solo instruments such as guitar and harmonica, portraying the joie de vivre of village life in southern Europe. All four scores are bound together by their catchy melodies and transparent orchestration, making Farley one of the most inspired British musicians who can always be trusted to deliver high-quality work.
Caldera has already released three CDs with the Farley’s works, “Secret Sharer”, “Maria di Nazaret” and “Modigliani”. This new CD is not only a celebration of our relationship, but also a celebration of great music.
As a bonus, we included an exclusive audio commentary by the composer where he talks about his work. The 17th CD-release of Caldera Records features a detailed booklet-text by Gergely Hubai and elegant artwork by Luis Miguel Rojas with new, exclusive photographs taken by Madeleine Farley. The CD was produced by Stephan Eicke and John Elborg.

“Indeed, the album as a whole is very impressive – four very different scores which share quality in common. It would make a great introduction to the composer – and I’m actually yet to hear an album of his music I didn’t like, so if you share my enthusiasm for this one then it’s certainly a good idea to explore the rest.”
Movie-Wave.net

“Only the coldest of hearts won’t fall in love with ‘Speranza’s Theme (Original)’ from Tula: The Revolt; and ‘Pedro and Elena’ and ‘Peace at Last’ from Dot.com. ‘Speranza’s Theme’ is worthy of the great John Barry when he was at the pinnacle of his career. Whether you’re a fan of Farley’s or a collector of beautiful scores, this is one album you need in your music library.”
ReviewGraveyard

“Have you ever wondered why collections get released and why you should invest the time to listen? This is a great example of why you should. Some of the collected works of an artist never get heard. (…) Guy Farley is a talent and here we get to take that journey to his music and hear it maybe for the first time… thank you!”
Six Strings

“Irish Jam is a lively and fun score with influences from Irish folk music, which is idyllic and peaceful at the same time, whereas Tula is aflowing score which is developed steadily by the composer both dramatically and lyrically, and with a main theme which expresses the main protagonist’s longing for freedom. The music is both violent and beautifully romantic.”
MundoBSO