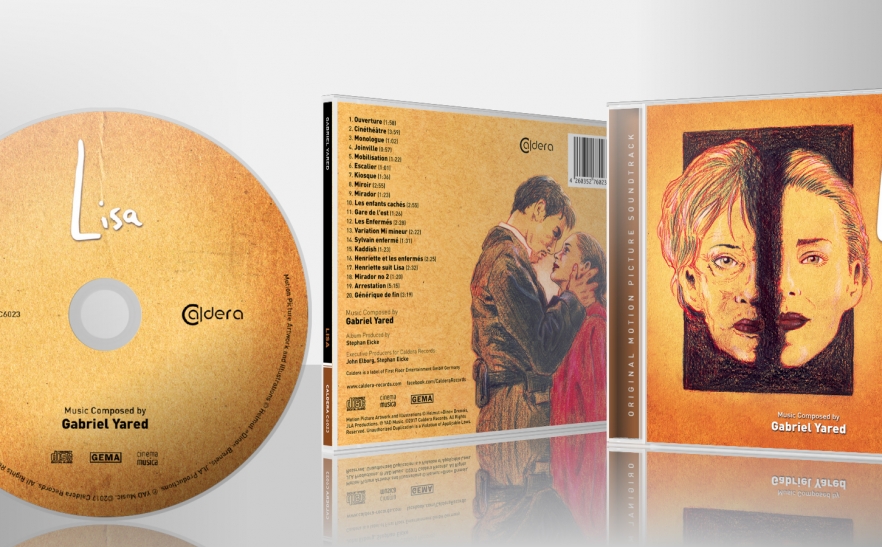 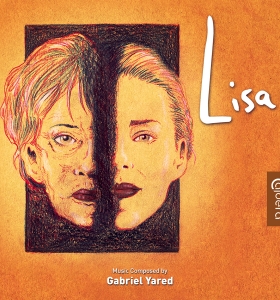 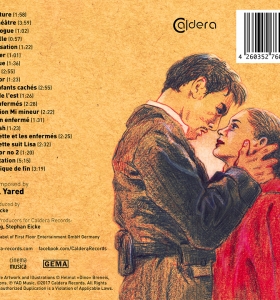 Caldera Records is proud to present the original score for the motion picture “Lisa” from 2001, directed by Pierre Grimblat, featuring music by Gabriel Yared. The film tells the story of young filmmaker Sam (Benoît Magimel) who becomes obsessed with an unfinished 1939 picture entitled “Princess Marushka”. In fact, Sam’s fascination is not with the film, but with its lead actor Sylvain Marceau (Sagamore Stévenin) who had mysteriously disappeared during World War II. What happened to him? Was the film unfinished because of his disappearance? Where had he gone? In order to answer the question, Sam decides to make a documentary about Sylvain and sets off to interview all surviving friends and colleagues who might have some insight into his character. His most interesting lead in the investigation is the eponymous Lisa Morain (played by Jeanne Moreau and a young Marion Cotillard) who recounts her torrid love affair with the actor on the eve of the outbreak of World War II.
The music for “Lisa” was written by Academy Award winner Gabriel Yared (“The English Patient”). His large orchestral score was recorded at Abbey Road and is brimming with memorable, haunting themes and motifs. The focus is on the love between the heroine and Sylvain as the darker themes of the German occupation keep looming in the shadows with the main theme being passionate, powerful and moving, providing a glimmer of hope for the protagonists in the film. “Lisa” vanished soon after its premiere and the score has been neglected since – until now. One of Gabriel Yared’s most moving works receives its first release ever and it is a delightful discovery for fans of the composer and passionate movie music in general.
The 23rd CD-release of Caldera Records features a detailed booklet-text by Gergely Hubai, new front- and back cover drawings by Helmut Breneis and elegant artwork by Luis Miguel Rojas. The CD was produced by Stephan Eicke and John Elborg.

Reviews:
“When you look for words to describe music, it’s hard to find other words than great… perfect or amazing… but when you are talking about composer great Gabriel Yared… those words stand out, here is another stand out piece and Caldera Records brings this to us all… and we should say thank you… THANK YOU!”
JMHDigital.com

“LISA is one of those beautiful and meaningful orchestral scores that will leave a lasting mark. After listening to thousands of film and TV scores over the years, one of my strongest certainties is that when Gabriel Yared writes an orchestral score I will be touched and moved and I will be grateful. I am also grateful once again to the people at Caldera for bringing all these treasures to life and doing justice to compositions that should never be forgotten or ignored. We might not get a lot of releases from them each year but those we do get are, almost always, perfect in every way.”
SoundtrackDreams.com

“This is another jewel discovered by Caldera. Composed in 2001 to illustrate a tragic love set during the Second World War, the score offers a noble and poignant main theme. The emotional power of the strings and woodwinds is expertly used by Yared throughout the album. How can you be unemotional? It’s majestic!”
Underscores.fr