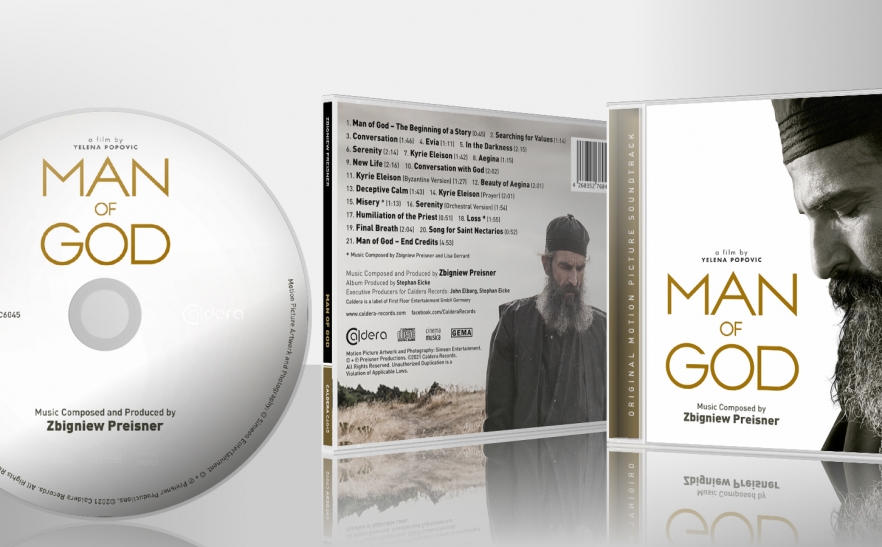 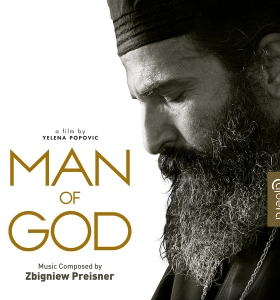 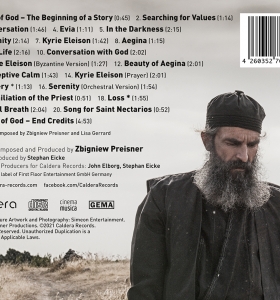 Caldera Records is proud to present Zbigniew Preisner’s score for the motion picture “Man of God” from 2021, directed by Yelena Popovic.
Popovic’s biopic chronicles the most turbulent years in the life of a man who had made it his mission to serve others and improve the conditions of those in need: Saint Nektarios. Popovic’s film shows how Nektarios helps the poor and destitute, provoking three objectors within the church turn to the bishop’s patriarch Sophronios. No longer wiling to hide their anger at Nektario’s servitude towards sinners and harlots, his enemies claim he will bankrupt the church and usurp the patriarchy. Without trial, Nektarios is convicted and exiled from Egypt in 1891.
Particularly because of his deep love for Greece, its culture and people, Zbigniew Preisner was delighted to score “Man of God” – and agreed to do so without having read the script. From the beginning, it was clear to Preisner he wanted to use a choir – a Byzantine one. After some searching, he collaborated with the Choir of Chanters, “The Maestros of the Psaltic Art” (Οι Μαΐστορες της Ψαλτικής Τέχνης), one of the most famous Byzantine Choirs. Following their collaboration of “Valley of Shadows”, Zbigniew Preisner and Lisa Gerrard worked together again. The latter recorded her sung parts – written by her – in Australia. Furthermore, Preisner felt it the right choice to use Greek instruments. It was obvious and necessary for a film about a Greek saint. The local color is provided by a qanun, a string instrument not dissimilar to the zither and often associated with Greece and its culture. “Man of God” is also notable for its mix of symphonic and electronic music, used to achieve spiritual metaphysics. “Man of God” is one of Zbigniew Preisner’s richest scores, a unique exploration of symphonic music infused with local, Greek, colour, electronics and Byzantine elements, particularly in the employment of Lisa Gerrard’s special talent, used to powerful effect.
The 45th CD-release of Caldera Records features a detailed booklet-text by Stephan Eicke and elegant artwork by Luis Miguel Rojas. The CD was mastered by Leszek Kaminski and produced by Stephan Eicke and John Elborg.