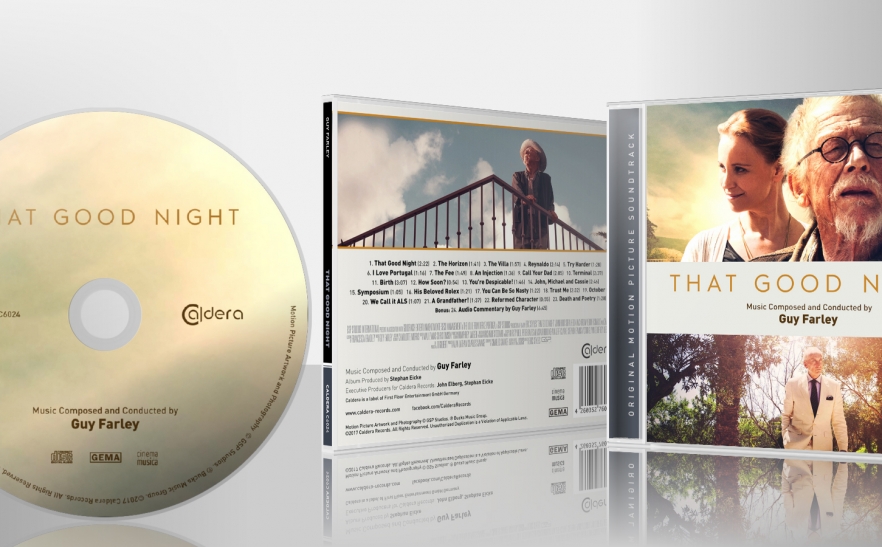 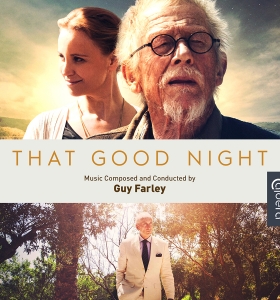 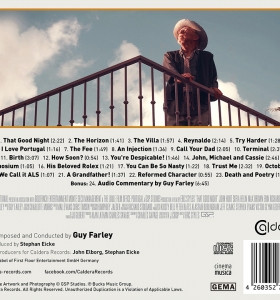 Caldera Records is proud to present the original score for the motion picture “That Good Night” from 2017, directed by Eric Styles, featuring music by Guy Farley.
The film, based on the stage play by N.J. Crisp, tells the story of Ralph, a successful writer whose life is full of regrets. With a curious personality that’s both charming and rude, Ralph has built a number of “love him or hate him” relationships over his life – unfortunately, his family seems to fall into the latter group. Now in his seventies and terminally ill, Ralph sets out two goals before entering that good night: he wants to mend his relationship with long-abandoned son Michael and also make sure that he is not a burden to his much younger second wife, Anna. “That Good Night” marks the last screen performance of John Hurt who passed away in January of 2017. Hurt is joined by Charles Dance and Sofia Helin in a stellar cast.
The music for “That Good Night” was written by Guy Farley (“Modigliani”, “Maria di Nazaret”). Farley provided an elegant underscore, recorded with a small orchestra of strings, woodwinds, harp, piano, and world instruments such as a Cavaquino, Spanish guitars, an accordion and ethnic percussion which capture the Mediterranean flavour of the Portuguese Algarve, while the chamber orchestra works its magic on the emotional element of the story. The score, one of Farley’s best to date, is filled with memorable themes and motifs that are both uplifting and touching, paying tribute to the character’s struggles and the film’s hopeful message.
The 24th CD-release of Caldera Records features a detailed booklet-text by Gergely Hubai and elegant artwork by Luis Miguel Rojas. The CD was produced by Stephan Eicke and John Elborg.

Reviews:
“Guy Farley is one of those hard-working guys (pardon the pun) whose name you hardly ever see in mainstream movies or television. Caldera records have a rich history of releasing Farley’s music that has, quite likely, slipped under anyone’s radar. And the thing is… it’s really great stuff.”
Synchrotones

“Given a nostalgic waltz-structure, Farley’s music is gently impassioned, and imprints upon the listener the earnestness of the character to right the wrongs of his self-centered past. Comprised of a chamber orchestra colored by ethnic instruments such as Spanish guitars and cavaquino, accordion, ethnic percussion, which conveys the Mediterranean flavor of the film’s rural Portuguese setting, carries the emotional storyline with an airy lightness that is both brightly appealing and eerily reflective.”
BuySoundtrax

“This is a delicate work for small classical ensemble, embellished with warm Mediterranean colours and not shying away from sentimentality. It is warm, melodic and melancholic, not very original but very touching.”
Underscores.fr

“Guy Farley never stops amazing me, takes you to a place you recognize and been before… then steps it up to a wonderful place… a beautiful place.”
JMHDigital

“A score with a beautiful main theme that shows both dignity and melancholy. It is an often intimate work, elegant and austere, with Portuguese references when the story demands it.”
MundoBSO

“The composer does everything right and once again I feel the need to say something that I am beginning to think I should open every Caldera review with instead of ending it with it: this is a perfect film music score, and one of those stunningly beautiful compositions that Guy Farley graces us with whenever he gets the chance.”
SoundtrackDreams