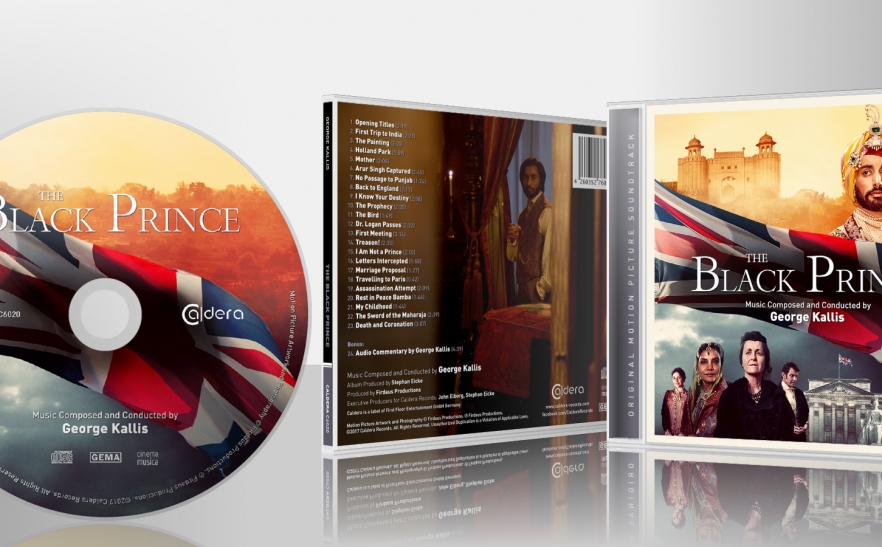 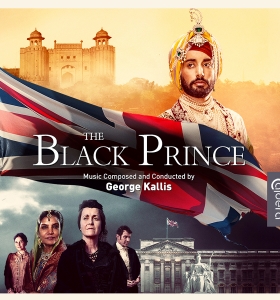 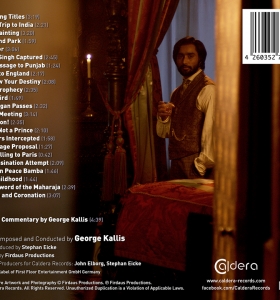 Caldera Records is proud to present George Kallis’ original score for the motion picture “The Black Prince” from 2017, directed by Kavi Raz. The films tells the touching and exhilarating story of Maharaja Duleep Singh, the last king of Punjab before its British annexation. After the First Anglo-Sikh War, the king sees himself torn between his own country and England and struggles to regain his own kingdom. The title role of the Maharaja is portrayed by Punjabi poet and singer Satinder Sartaaj who delivers a strong performance in the film that also stars Jason Flemyng and Amanda Root. One of the main stars of the film is the music, composed and conducted by George Kallis who has composed music for over 20 films and Emmy and BAFTA award-winning TV programs. With this colourful and highly entertaining score, highlighting tender moments and fierce action, Kallis delivers one of his strongest efforts to date. The score showcases several memorable themes and leitmotifs, such as a main theme for the Maharaja, a theme for his mother and for his first wife, with several other motifs which portray Punjab and its characteristics. There are delicate elements of ethnic music in the score but with its soaring orchestral concept “The Black Prince” has its own universal language that connects all countries. The music was recorded in Hungary, conducted by the composer himself. The 20th CD-release of Caldera Records features a detailed booklet-text by Gergely Hubai and elegant artwork by Luis Miguel Rojas. The CD was produced by Stephan Eicke and John Elborg.

“The score is richly evocative, with a sublime main theme introduced in “Opening Titles” but reprised powerfully in “The Painting” and meeting its most emotive and affecting elegance in “Back to England,” with additional intriguing variations as well, including especially intricate interplay of various themes in “Assassination Attempt” and “The Sword of Maharaja.” There are several other equally compelling themes, and the delicate use of the ethnic music adds an intriguing color to the material.”
BuySoundtrax

“Pretty much, from start to finish, this is a flawless, beautiful album that never disappoints. There’s no filler, background music here, this is all grade A quality material. It’s emotional, melancholic and downright beautiful. This is one album you’ll get years of listening pleasure out of.”
ReviewGraveyard

“George Kallis is an amazing artist and here “The Black Prince” shows the music can still move you sending you into another world. Strong tones with a harmonious chanting woven within… thank you.”
Six Strings

“The composer wrote a symphonic soundtrack which merges Western music with Indian influences. This marriage has especially dramatic purposes and is a beautiful and delicate creation with a moderate tone of restrained grief that evokes the loss and decline of a kingdom.”
MundoBSO

“For this historical fresco, Kallis first turns to the intimacy and the state of souls of the characters and then links them to the events portrayed in the film. Fragile themes with delicate orchestrations (harp, violin, piano) dominate the album. (…) It is a very nice album.”
Underscores.fr

“Like every Caldera release “The Black Prince” is wonder after wonder, gem after gem with me having a hard time choosing my favourite cue from the score or deciding which one is more beautiful. I can listen to this score randomly starting from any point and the sensation wouldn’t change because magic is everywhere. There’s really nothing more to say except that this is one of the clearest and most beautiful romantic orchestral scores of this year and no matter how you might be feeling one day, listening to it will make that day just a little bit better.”
SoundtrackDreams.com

“This is a tremendous work which further establishes George Kallis’s credentials as one of the most exciting and talented young composers to emerge in the film music world in quite some time, and cements his position as a genuine contender for Composer of the Year in 2017. The score is available on CD and as a digital download from producer Stephan Eicke’s German boutique label Caldera, and gets an unequivocal recommendation.”
MovieMusicUK.us