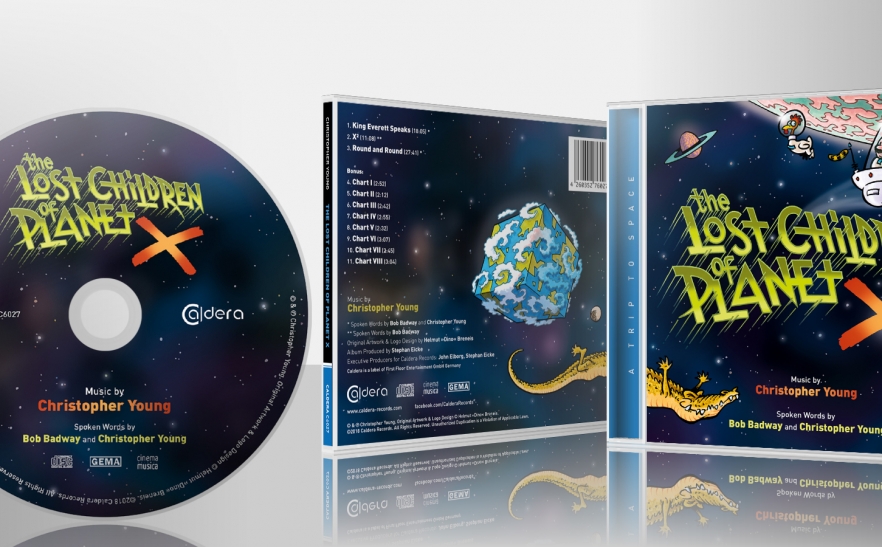 THE LOST CHILDREN OF PLANET X 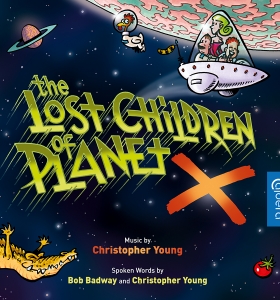 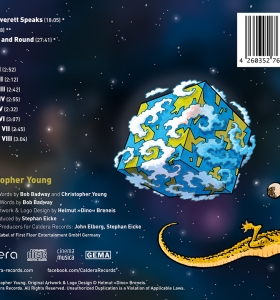 Caldera Records is proud to present Christopher Young’s and Bob Badway’s concept album “The Lost Children of Planet X”.
In the daily grind of film scoring, composers are often left with great bits of material that they love, but for various reasons were dropped from the scenes they were written for. Sometimes these pieces find new life in other films, sometimes they are buried forever, or sometimes they are resurrected – as in the case of Christopher Young and his latest album. Young’s re-working of these tracks into a concept album was something that started as a passion project, and it wasn’t until 2011 that this material was woven into the form we hear now.
Precursors and inspirations for the music/dialogue include In Held ‘Twas In I by Procol Harum and Frank Zappa’s Lumpy Gravy as well as the Beatles’ 45ers. From the world of classical music, the primary inspirations were Luciano Berio’s Laborintus II, Ages by Bruno Maderna, and Karlheinz Stockhausen’s Gesang Der Jünglinge. “The Lost Children of Planet X” is very much a spoken word drama, filled with surrealism and dream logic. Explains writer Bob Badway: “When you listen to the album, you get an overall picture of what’s going on, but have trouble visualizing it because the details are screwy and everything seems to be in total contradiction.” The album is filled with Easter eggs in terms of casting and the lines delivered. Young himself appears as the booming voice of King Everett, while also delivering a few odd quips here and there, including his personal favorite, ‘Help me God, please help me!’
As a bonus, eight purely instrumental tracks are included that accompany the adventures in space. “The Lost Children of Planet X” is a highly unusual album – not only for Young and Caldera Records. We hope that people will find great joy in going on this 80-minute psychedelic trip. We had a blast working on it.
The 27th CD-release of Caldera Records features a detailed booklet-text by Gergely Hubai, elegant artwork by Luis Miguel Rojas and Helmut „Dino“ Breneis, who provided the original illustrations. The CD was produced by Stephan Eicke and John Elborg.

Reviews:
“Along with this musical tale, which is somewhat bizarre and spectacular, there are eight instrumentals which serve the story. They are psychedelic and it’s very nice music, indeed.”
MundoBSO

“It’s also great to hear another side to Young’s musical talent. We know and love him for his deep, rich, brooding music, but he proves here he can just as easily turn his hand to psychedelic funky weirdness.”
ReviewGraveyard

“A nice tribute to classic sci-fi films, a dash of Forbidden Planet, drop of Forbidden Zone and sprinkled with a little crazy out of this world music! Trust me I have listened to it several times and I get a little more each time… it’s worth it! It’s MADNESS, in a good way!”
JMHDigital