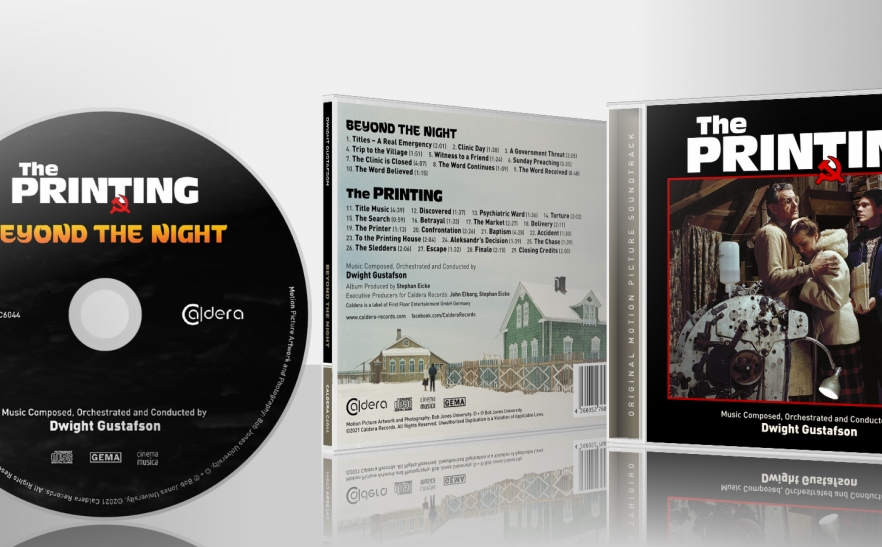 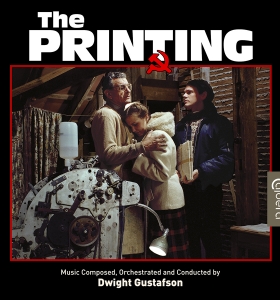 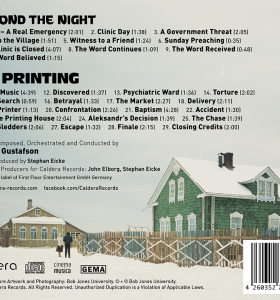 Caldera Records is proud to present Dwight Gustafson’s scores for the motion pictures “The Printing” and “Beyond the Night”, directed by Tim Rogers and Katherine Stenholm respectively.
“Beyond the Night”, from 1983, tells the story of John and Bettie Dreisbach, passionate missionaries who first worked in Nigeria tending to leprosy patients and spreading the word of Christ in an area that was nearly exclusively Muslim. For close to ten years, the Dreisbachs served as ministers in the Sahara, before the government forced them to leave. “Beyond the Night” describes the couple’s time in the Sahara Desert. Dwight Gustafson’s themes are infused with discreet elements from African music such as the rhythmic drumming in the “Titles”, specific tone sequences particularly popular in Northern African music (“Trip to the Village”) and a heavy use of grace notes in the woodwinds (“Clinic Day”). What binds the score together is Gustafson’s strong main theme, first heard in the “Titles” and later through diverse variations heard in the course of the movie/score. In its sweeping nature, the theme has a folkloric Americana quality that echoes the works of Aaron Copland and even the spiritual compositions of Alan Hovhaness.
“The Printing” tells the story of hardship experienced by Christians in the cause of their faith. This time, the story is set in the Soviet Union and celebrates Christian believes who, despite being threatened by the communist government which had made it its mission to stifle Christian belief, dared to openly worship the Lord. Not only do the heroes of this film refuse to abandon Christ, but they continue to secretly print Bibles, convinced that God will protect them from the evil schemes of the communists. Gustafson’s music here is as moody and gray as the architecture of communist-era Russia – where incidentally, the composer can also be seen in the film, playing a pastor. Unusually for him, he utilizes a synthesizer and subtle suspensions to introduce his main theme, a downbeat yet still lyrical melody in a minor key that later blossoms through variations that the composer develops during the course of the score. His delicate, sophisticated orchestration remains evident throughout.
The 44th CD-release of Caldera Records – a world premiere – features a detailed booklet-text by Stephan Eicke and elegant artwork by Luis Miguel Rojas. The CD was mastered by Richard Moore and produced by Stephan Eicke and John Elborg.