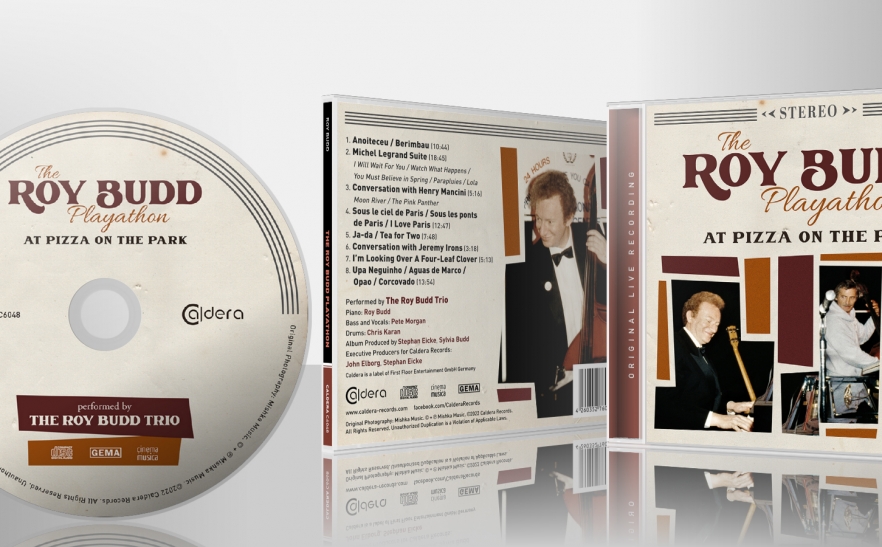 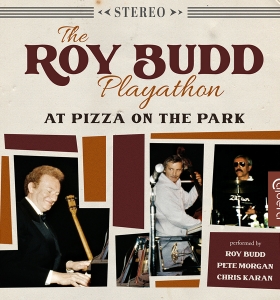 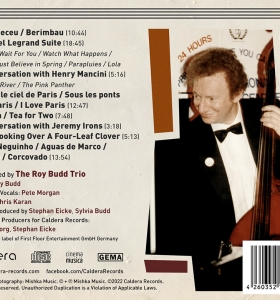 Caldera Records is proud to present “The Roy Budd Playathon”, a previously unpublished selection of a legendary jazz marathon featuring Roy Budd, drummer Chris Karan and bass player Pete Morgan.
In 1989, the trio played a 24 hour Playathon in Knightsbridge, London. The tapes were recently recovered from Budd’s estate and showcase the composer and pianist at the height of his talent as a supremely gifted entertainer with an incomparable knack for breathing new life into standards that were especially close to his heart.
In the late 80s, Budd decided to set up an Anti-Drug Abuse Foundation (ADA) after he had seen close friends of his get addicted to crack and other substances. In order to collect funds, he and his colleagues Pete Morgan and Chris Karan staged a 24 hour jazz marathon in London. While playing feverishly, they took calls from friends and supporters such as Henry Mancini, Dudley Moore, Jeremy Irons and George Fenton.
Roy Budd was at the time in the throes of depression. On top of his psychological problems came physical ones: throughout the Playathon, Budd was under constant, strict observation of a French doctor who had to give him multiple back injections due to severe pain. Over the course of the 24 hours, Budd also complained of nose bleed several times. His pain is never evident in his music: the performance of his trio is one of unbridled joy.
In close collaboration with Sylvia Budd, we decided to release a selection of the concert on disc. Choosing the numbers was challenging: Budd, Morgan and Karan had repeated only a few standards. Since they didn’t want to repeat themselves, it left us with roughly 280 untitled pieces that we could choose from. We decided to put a varied selection on this CD: film music (the Legrand suite), French chansons (“Sous le ciel de Paris”), Brazilian songs (“Aguas de marco” by Jobim of which Budd was a great admirer and personal friend), standards (“Tea for Two”), and two conversations between Budd and celebrities Henry Mancini and Jeremy Irons to fully capture the mood and diversity of the Playathon.
The 48th CD-release of Caldera Records features a detailed booklet-text by Stephan Eicke and elegant artwork by Luis Miguel Rojas. The CD was mastered by Richard Moore and produced by Stephan Eicke and John Elborg.